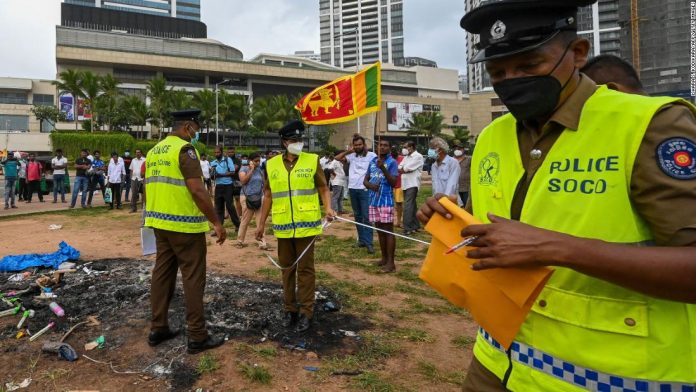 The Ministry of Defense said Tuesday its troops have been ordered to shoot anyone found damaging state property or assaulting officials, following an attack on the Senior Deputy Inspector General of Police.

The order follows violent protests in the capital Colombo that left at least eight people dead, although it is unclear if all of the deaths were directly related to the protests. More than 200 people have been injured in the violence since Monday.

The island nation of 22 million is grappling with its worst economic crisis since it gained independence in 1948. Prices of everyday goods are soaring and there have been widespread electricity shortages for weeks. Thousands have taken to the streets to protest against the government’s alleged mishandling of the economy.

The military had to rescue the country’s outgoing Prime Minister Mahinda Rajapaksa in a pre-dawn operation on Tuesday, hours after he resigned following clashes between pro and anti-government protesters. The military…