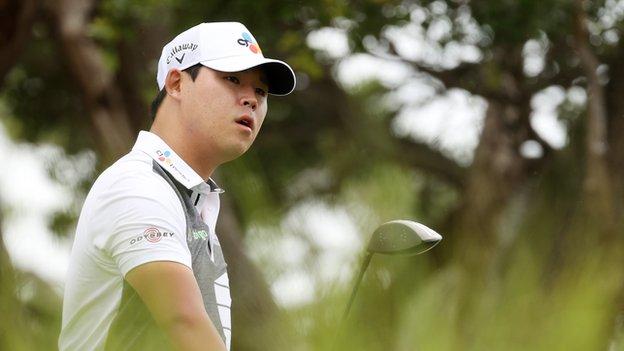 Ever had that sinking feeling that it’s just not your day?

When Kim Si-woo hit five straight shots into the water on the 11th at the WGC-FedEx St Jude Invitational, he would certainly have been asking the question.

And it’s not one he is going to be allowed to forget anytime soon, as his score of 13 goes down as the highest on a par three on the PGA Tour – outside of the four majors – since 1983.

BLM UK: Britain needs to be having a racial reckoning. As...