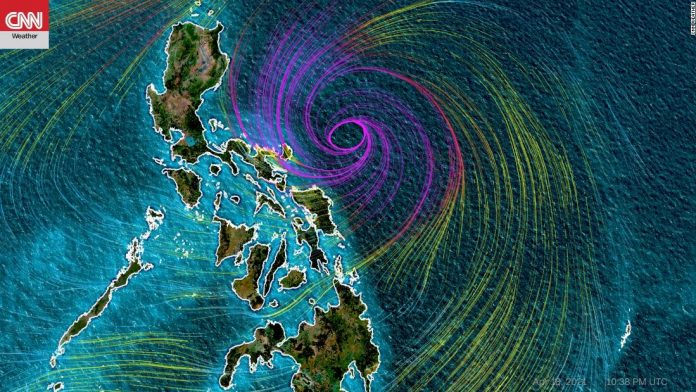 Monday morning, Surigae’s maximum wind speed decreased to 140 mph (220 kph). While it is no longer a super typhoon, it is still a powerful typhoon, equivalent to a category 4 Atlantic hurricane.

Over the weekend, Surigae attained maxmium sustained winds of 190 mph (305 kph), becoming the strongest typhoon on record for the month of April, surpassing Typhoon Maysak in 2015, among several others that had maximum sustained winds of 173 mph (278 kph), according to the National Oceanic and Atmospheric Administration historical hurricane database.
The current track has Surigae slowly weakening as it moves parallel to the central and eastern Philippines over the next 24-36 hours. Based on the closeness of Surigae to eastern sections of the Philippines, a signal 2 alert remains in effect for parts of Luzon, Visayas, Northern Samar, Eastern Samar, Samar and Mindanao, according to the Philippine Atmospheric, Geophysical and Astronomical Services Administration (PAGASA).

This means winds over…