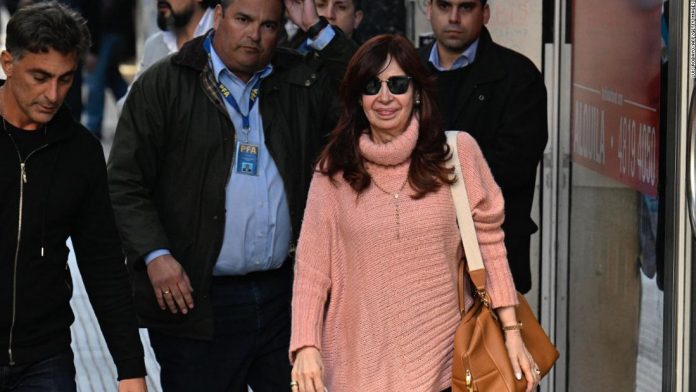 Argentine authorities have identified Fernando Sabag Montiel as the suspect who approached Fernández de Kirchner with a loaded gun outside her home in Buenos Aires on Thursday in what appears to be a failed assassination attempt.

A police spokesperson told CNN Sabag Montiel had a weapons permit but was arrested in 2021 for carrying a large knife in public, adding that he has at least one tattoo with Nazi symbols.

Migration office officials said he was born in the Brazilian city of São Paulo on January 13, 1987, and had been living in Argentina since 1993.

Video of the incident shows Fernández de Kirchner smiling as she walks by a large crowd of supporters. A man then surges forward and points a gun at her face.

No bullets were fired and the vice president was unharmed, though the Argentine Ministry of Security later confirmed the .380 firearm used in the incident had bullets inside.

DRC: At the least 5 killed as anti-UN protests flare

German diplomat arrested in Brazil for alleged homicide of husband