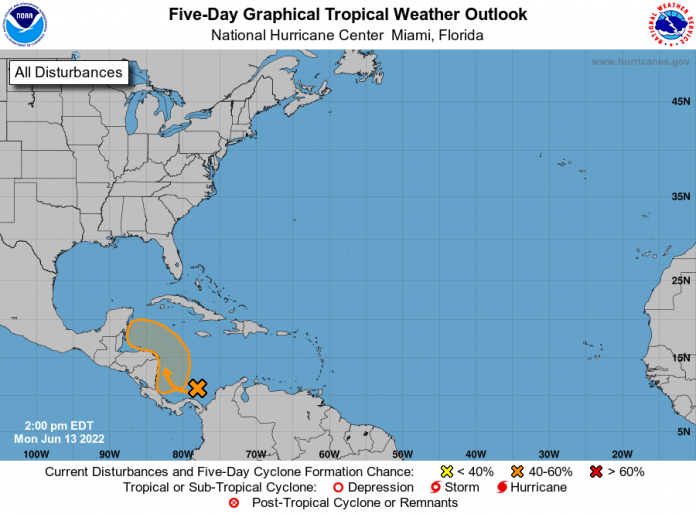 Forecasters say slow development is possible this week for a weather system located over the southwestern Caribbean Sea.

The National Weather Service, in its afternoon forecast Monday, said models are generating an area of disturbed weather, near the northeast coast of Nicaragua and Honduras, to which the NHC have given a 40 percent chance of developing over the next five days.

“Initial forecast suggest that this system should not significantly impact the Cayman area with an increase in winds and rough seas along with some thundershowers expected possibly from Thursday morning through the weekend,” it said.

Hazard Management Cayman Islands, in a post on the system on its official Facebook page, said the US National Hurricane Center is advising that there is low probability of development of a tropical cyclone in the southwestern Caribbean Sea over the next five days.

However, it said, “With an active season forecast, residents should increase levels of preparedness and monitor…