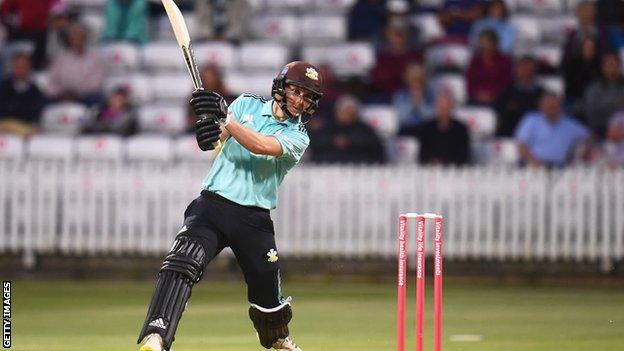 Having set a new Lord’s T20 record of 223-7 in beating Middlesex on Thursday, the Brown Caps chased down a testing 188 in just 16 overs at Taunton to make it two wins out of two.

And Birmingham and Derbyshire both broke 200 in impressive away wins.

Surrey’s star-studded line-up are looking in ominous form as they made it two wins out of two to set the early pace in the South Group.