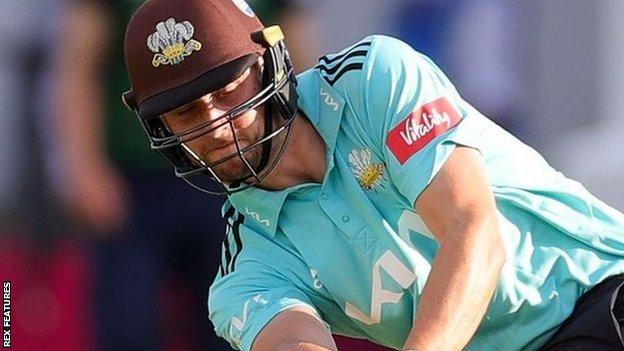 On a night when Lancashire made it two North Group wins from two and Yorkshire and Gloucestershire also made winning starts, Surrey’s victory at Lord’s in the London derby took top billing.

Their total of 223-7 was the highest in 17 years and 72 games of T20 combat at English cricket’s headquarters.

Jacks paved the way with the fastest T20 fifty in England in 11 years.

He was first out in the ninth over with the score on 95, having smashed 70 off 24 balls, including his first 50 off just 15 deliveries.

Yuvraj Singh (for India against England in Durban in 2007, including his famous six sixes off Stuart Broad) and Chris Gayle (for Melbourne Renegades at home to Adelaide Strikers in 2016) jointly hold the record for the fastest half-century in T20 cricket at just 12 balls.