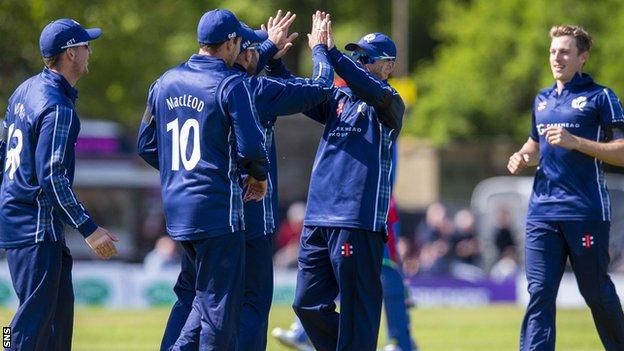 The event, which the Scots have qualified for, was scheduled to be held in Australia last year before being postponed because of Covid-19.

It has been moved to October, but new host India is now on the UK’s travel ‘red list’ amid a surge in cases.

Burger is “very concerned” but hopes another postponement can be avoided.

“It is very scary to see the numbers that are currently being shown in India,” the South African said.

“What gives me hope is that the Indian Premier League is carrying on and maybe there could be other options they look at.

“But the key to all of this is that it is important the tournament goes ahead, not only for our sake, but also for world cricket’s sake.

“I think that has to happen. How that is done, guys of a higher pay grade than me…