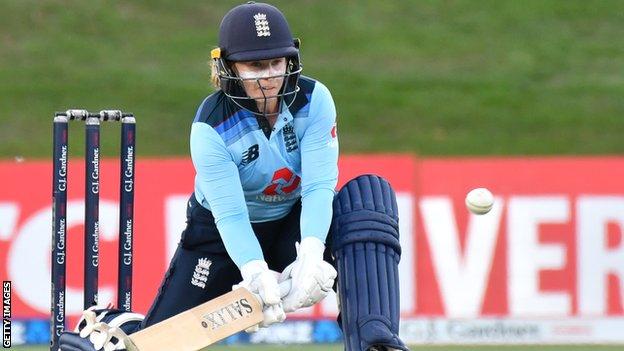 Beaumont, 29, moved to the top of the rankings for the first time in her 12-year career on Tuesday after making 231 in three innings during England’s 2-1 series win against New Zealand.

The opener carried on that form by top-scoring for England in their T20 victory over New Zealand on Friday.

“I found out the night before the first Twenty20 [(which was on Wednesday)] and it’s an amazing thing because it’s always been a dream of mine.

“It is certainly an amazing thing and it feels great.

“All the team have been really supportive and I got a lot of hugs – which we’re lucky to be allowed to do out here in New Zealand.”