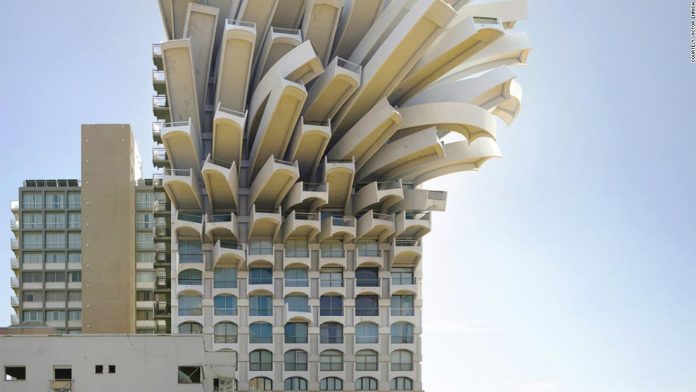 So perhaps the art world is better placed to push the boundaries of architectural imagination. Now, a new breed of digital artists is combining photography with image manipulation techniques to bend, twist and distort cities to their will.

Their illusory worlds might not be strictly possible, but they can offer new commentary on our cities, forcing us to reassess buildings and urban spaces in the process.

Spanish artist and photographer Victor Enrich began transforming architectural photos during a trip to Riga, Latvia. In what would become the first image of a series called “City Portraits,” he photographed one of the city’s road bridges before sending the structure soaring into the sky at a 90-degree angle.