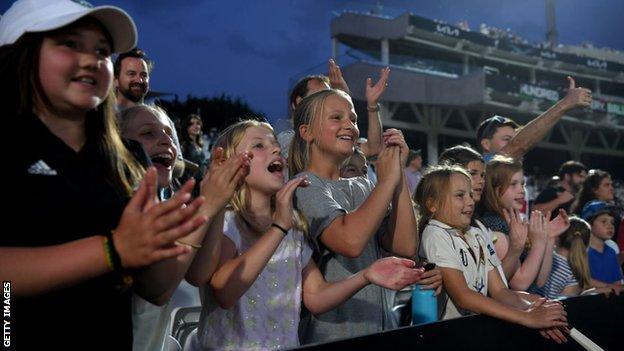 As opening nights go, The Hundred’s was surely as good as organisers could have hoped for.

A record-breaking crowd and a thrilling win for Oval Invincibles over Manchester Originals only told half the story.

As the match reached its thrilling climax, a noise alien to English cricket stadiums went around a ground.

Not 80s classics sung by well-oiled fans or roaring chants in support of the home team.

Instead, an excitable, rhythmic clap.

A young crowd was fixated not on the half-time music acts or fireworks, but on the sport unfolding in front of their eyes.

This was cricket, just not as we’ve known it.

The debate ever since The Hundred – cricket’s newest format of 100 balls per innings – was announced three years ago has been some of the most intense cricket has seen.

The neon green and pink fireworks, blasted from roof of The Oval’s historic pavilion as the players first emerged on to the field was…