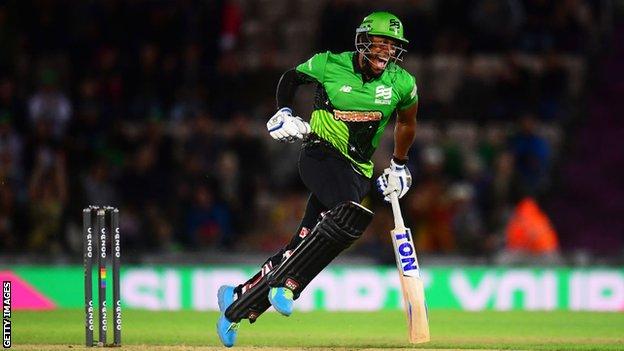 James Vince led Southern Brave to their first win in the men’s Hundred with a four-wicket victory over Birmingham Phoenix in a gripping game at the Ageas Bowl.

Having lost their opening two matches, Brave completed the highest run chase in the men’s competition as captain Vince starred with a superb 60 off 38 balls.

Needing nine to win off the final five deliveries, Chris Jordan and Liam Dawson saw their side home with three balls to spare in Southampton.

Earlier, Liam Livingstone smashed 68 from 44 balls and shared a 104-run unbeaten stand with Miles Hammond, who scored on 44 from 29 deliveries.

The win takes Brave up to sixth in the table, one place behind Phoenix.