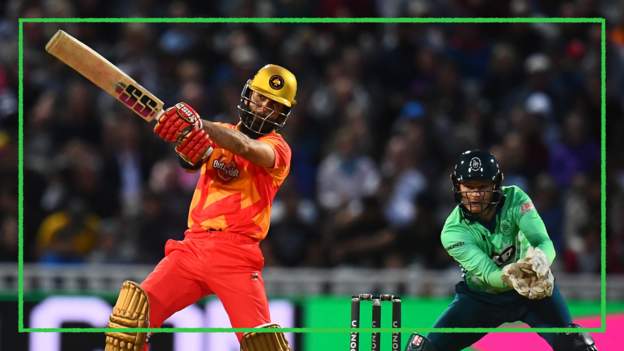 Moeen Ali propelled Birmingham Phoenix to victory in a record chase against Oval Invincibles in the men’s Hundred at Edgbaston.

Needing 173 to win, the highest chase of the tournament so far, Moeen hit a fierce 49 from 26 balls to send his side top of the table.

The Birmingham captain swung the game in his side’s favour by hitting three consecutive sixes – two off his England team-mate Tom Curran – to delight the home crowd.

That home support was silenced when Moeen fell with 35 needed from 29 balls but rookie Chris Benjamin – the 22-year-old who only made his professional debut last month – carried the Phoenix to victory with 37 not out.

Prize cash in sport: What can soccer be taught from cricket?