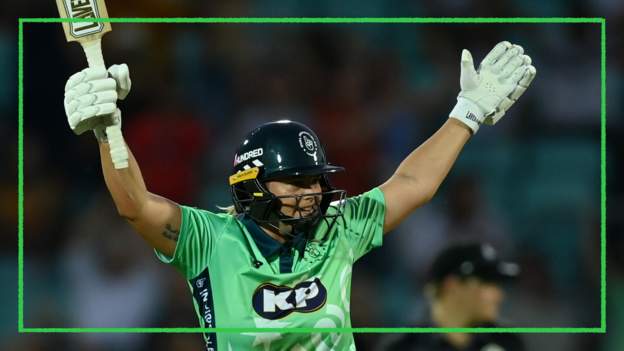 The Hundred in 100 words

Oval Invincibles pulled off a thrilling victory over Manchester Originals as the women’s Hundred began with a bang at The Oval.

Chasing 136, the Invincibles were 36-4 before South Africa pair Dane van Niekerk and Marizanne Kapp combined for a partnership of 73.

Kapp was brilliantly stumped by Ellie Threkeld for 38 but captain Van Niekerk hit 56 not out to guide her team home.

She hit Kate Cross for four to seal the win with two balls remaining, resulting in wild celebrations from the youthful London crowd – believed to be a record for a domestic women’s professional match.

Opening-night thriller tournament has dreamed of

Could the much-debated Hundred have had a better opening night? Almost certainly not.