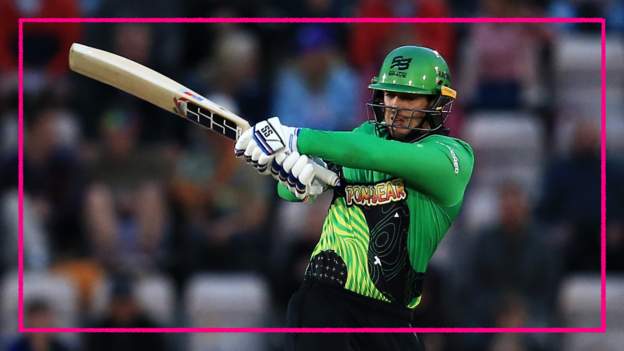 A classy knock from South Africa captain Quinton de Kock guided Southern Brave through a late wobble and to a crucial victory over Northern Superchargers in the men’s Hundred at the Ageas Bowl.

De Kock, who Brave only signed as a late replacement after Australia’s David Warner pulled out of the competition, made 72 from 45 balls as Brave, who went from 101-2 to 109-5, won by five wickets with five balls to spare.

Superchargers lost regular wickets in their 128-6 – including Adam Lyth bowled round his legs from the first ball of the game.

Dane Vilas, who is still playing as a concussion replacement for South Africa’s Faf du Plessis, top scored with an unbeaten 35,…

Cricket World Cup: Beating Australia can be ‘excellent’ for England –...