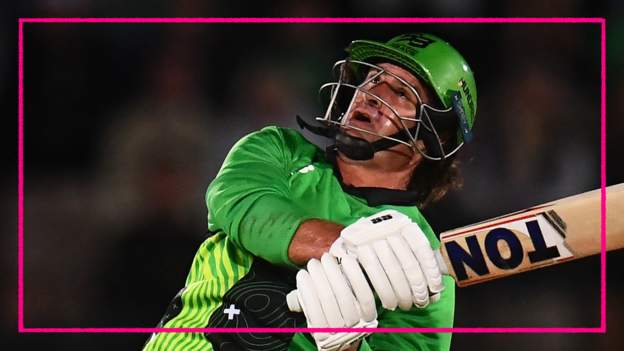 Southern Brave held their nerve to qualify for the latter stages of the men’s Hundred and eliminate the Oval Invincibles with an enthralling six-wicket victory at The Ageas Bowl.

Chasing a tricky 135 in a must-win game, the hosts were wobbling on 68-4, but Colin de Grandhomme and Alex Davies both hit 40 not out, with the latter hitting a six to secure victory with five balls to spare.

Brave move to the top of the table on 11 points but they are not yet guaranteed a place in Saturday’s final at Lord’s, with Birmingham Phoenix able to surpass them should they beat Northern Superchargers on Tuesday.

However, the final three teams have now been decided, with Trent Rockets now set to meet either Brave or Phoenix in Friday’s eliminator at The Kia Oval.