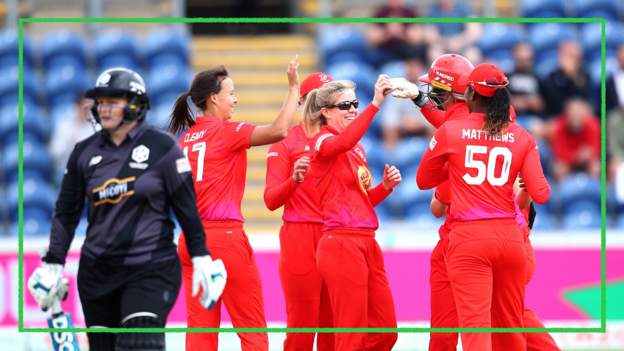 Welsh Fire earned their first win of the women’s Hundred with a comprehensive nine-wicket victory against Manchester Originals in Cardiff.

Defeat leaves Originals winless from four games at the halfway stage and already struggling to reach the latter stages.

Batting first they were boosted by Sophie Ecclestone’s 31 from 15 balls at the end of their innings which lifted them to 120-6.

But West Indies international Hayley Matthews made that total look well below par, hitting 71 from 50 balls at the top of the order for Welsh Fire.

Georgia Redmayne also hit 38 from 35 balls as the hosts eased to their total with 12 balls to spare.

Matthews the latest opener to impress

The women’s Hundred so far has been all…