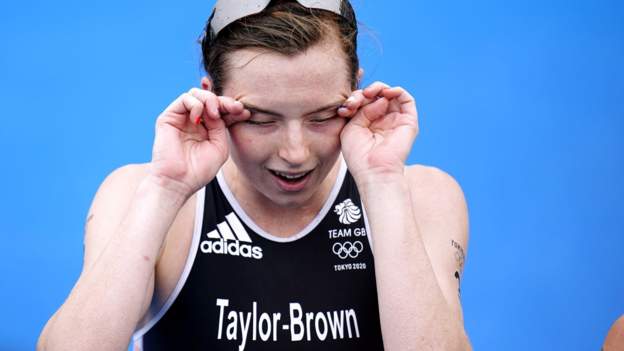 Great Britain’s Georgia Taylor-Brown produced a superb run to earn an Olympic silver medal in the women’s triathlon, then revealed she almost missed the Tokyo Games after a leg injury left her on crutches just 12 weeks ago.

Taylor-Brown, who had to prove she was fit enough to compete a week before flying out to Japan, responded by winning a medal after fighting back from a bike puncture which left her well adrift of the leaders.

The 27-year-old was 22 seconds behind a four-woman pack – which included British team-mate Jessica Learmonth – going into the final leg.

But the 2020 world champion moved past Learmonth, who ended up finishing ninth, Germany’s Laura Lindemann and American Katie Zaferes to earn a place on the podium.

Taylor-Brown, who had not raced since…