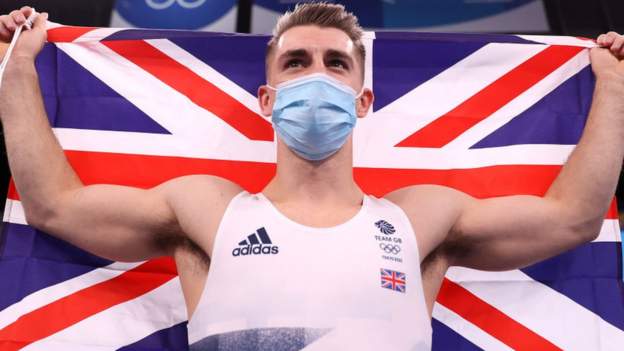 Great Britain’s Max Whitlock retained his Olympic title with a sublime performance in Tokyo to win gold in the men’s pommel horse.

The 28-year-old was first up in the event and immediately put the pressure on his rivals with a near-perfect routine that earned him a score of 15.583.

Three-time world champion Whitlock then watched on as the remaining seven gymnasts were unable to beat his score before his third career Olympic gold – and Britain’s 10th of the Games – was confirmed.

Lee Chih-kai of Chinese Taipei was the only competitor to give Whitlock an anxious moment but his score of 15.400 was only good enough for silver. Japan’s Kazuma Kaya took the bronze medal.

US girls’s nationwide group attain settlement with US soccer over equal...