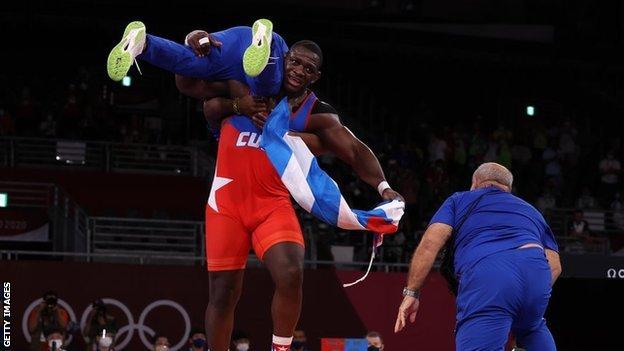 He is the most successful male Olympic wrestler of all time and only the fifth athlete in history to win four golds in the same individual event.

“I feel happy, proud to be the best in the world and make history,” he said.

Lopez had said he would retire after Tokyo 2020, but soon after winning gold he did not rule out a bid for a record-breaking fifth gold at Paris 2024, when he will be 41.

“I don’t want to say yes or no, but to everyone, Mijain is alive,” Lopez said.

“I’ve had a long career, working hard to make these goals and break this record.”

At the conclusion of the match, Lopez hoisted his coach on to his shoulder, carrying him…