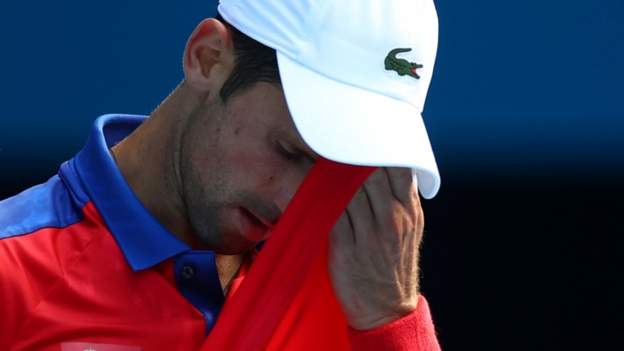 Novak Djokovic threw one racquet and smashed another as his bid for an Olympic medal ended in defeat by Spain’s Pablo Carreno Busta.

Djokovic then pulled out of his mixed doubles bronze-medal match with an injury to leave Tokyo empty handed.

Carreno Busta was Djokovic’s opponent last year when the Serb was defaulted for hitting a line judge with a ball.

The Spaniard fell to the court in joy when he sealed victory on his sixth match point.

Indonesia: A whole lot of Sinovac vaccinated well being employees get...