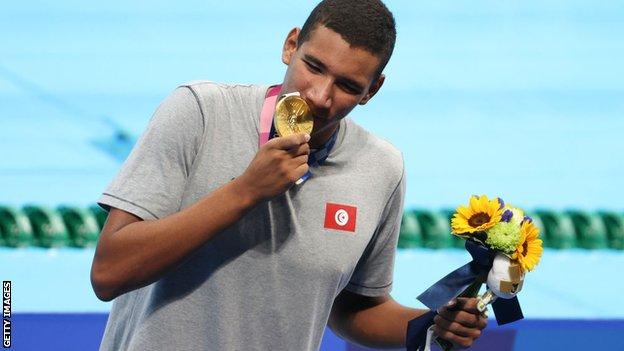 Austria’s Anna Kiesenhofer won a surprise road race gold and Tunisian teenager Ahmed Hafnaoui stunned the favourites in the pool on a drama-filled second day at the Tokyo Olympics.

There were also upsets in the tennis, with Wimbledon champion Ashleigh Barty knocked out, and the taekwondo where Britain’s two-time champion Jade Jones lost in the first round.

Even favourite Simone Biles was wobbly in gymnastics qualifying, while golf was robbed of two leading players through positive Covid-19 tests and defending tennis champion Andy Murray pulled out of the men’s singles.

But the biggest shock of the day must surely have been for Dutch cyclist Annemiek van Vleuten, who celebrated when she…

Syrians vote in ‘non-event’ presidential election set to be gained by...