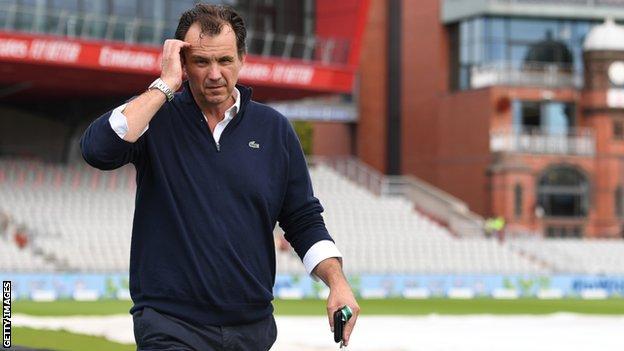 England and Wales Cricket Board chief executive Tom Harrison will step down from the role in June.

Harrison was appointed in 2014 and oversaw the introduction of The Hundred, which started last year.

Former England captain and women’s cricket managing director Clare Connor will take over on an interim basis amid a turbulent period for English cricket.

Harrison said he had “put everything into this role” but “now is the right time to bring in fresh energy”.

England men’s cricket has already undergone an extensive overhaul in the past three months after the heavy Ashes defeat in Australia over the winter.

The England and Wales Cricket Board (ECB) is still searching for a new chairman following the departure of Ian Watmore in October.