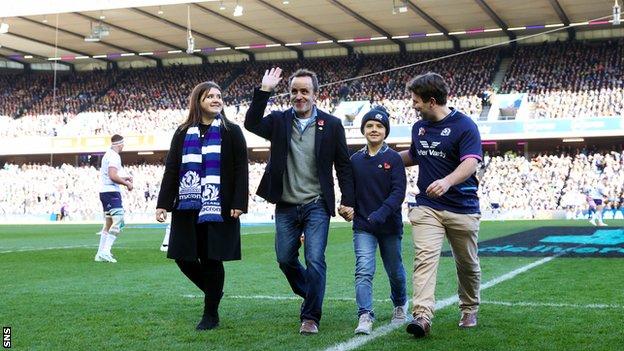 Recognised as one of the nation’s finest players, Smith was diagnosed with stage four colon cancer in 2019.

He won 67 caps, and was instrumental in both Scotland’s 1999 Five Nations title and the Lions’ 1997 series win against world champions South Africa.

Revered coach Sir Ian McGeechan described him as “the greatest Scotland player of the professional era”.

In November, Smith travelled from his home in France to Edinburgh to be inducted into Scottish Rugby’s Hall of Fame, and presented the match ball before the Scots’ autumn loss to South Africa at Murrayfield.

He captained his country during an eight-year Test career and was a hugely influential figure at club level for Brive and Northampton Saints until his retirement in 2009.