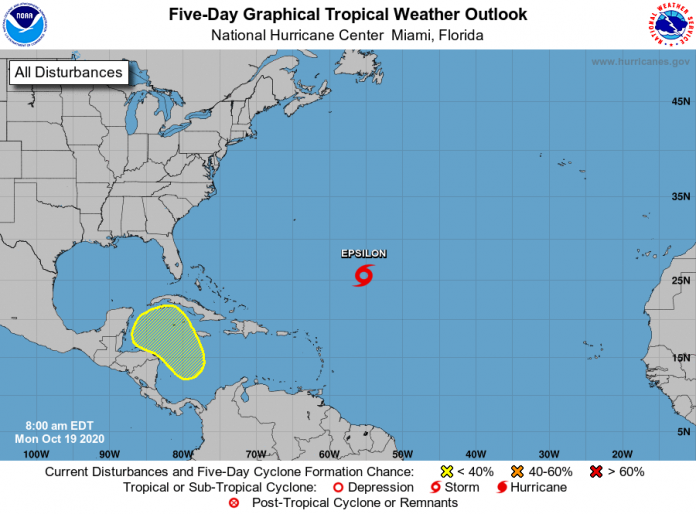 The storm, which is stationary at the moment, has registered maximum sustained winds of 40 miles per hour with higher gusts.

“Gradual strengthening is forecast during the next 72 hours, and Epsilon is forecast to be at or near hurricane strength by early Thursday,” the NHC said in its latest advisory.

The storm is one of two weather systems in the Atlantic basin engaging the attention of forecasters.

The second is a broad area of low pressure in the southwestern Caribbean Sea which is expected to form in a couple of days.

The NHC said some gradual development of this system is possible late this week while it moves slowly northwestward or north-northwestward over the western Caribbean Sea.