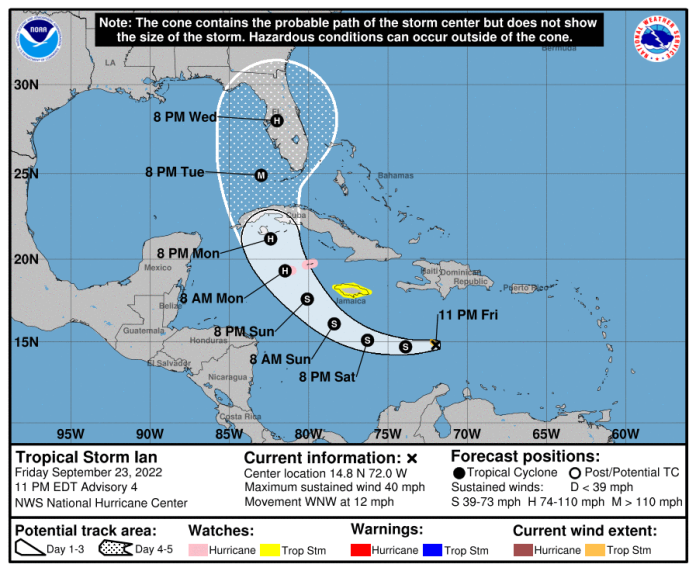 Update 10pm Friday 23 Sept: Tropical Storm Ian has formed and is currently 680 miles east-south-east of Grand Cayman, the US National Hurricane Center has said in a Friday night advisory.

With maximum sustained winds of 40 miles-per-hour with higher gusts, the storm is projected to intensify to a hurricane before arriving near the Cayman Islands late Sunday.

On Friday evening the Cayman Islands was placed under a Hurricane Watch in anticipation of the forthcoming severe weather conditions.

A Hurricane Watch means that hurricane force winds are likely to impact the Cayman Islands within 48 hours.

Ian is moving west-north-west at 12 miles-per-hour with a minimum central pressure of 1005 MB or 29.68 inches, according to the report.

The NHC said, in its latest advisory that a westward or west-northwestward motion is expected through early…