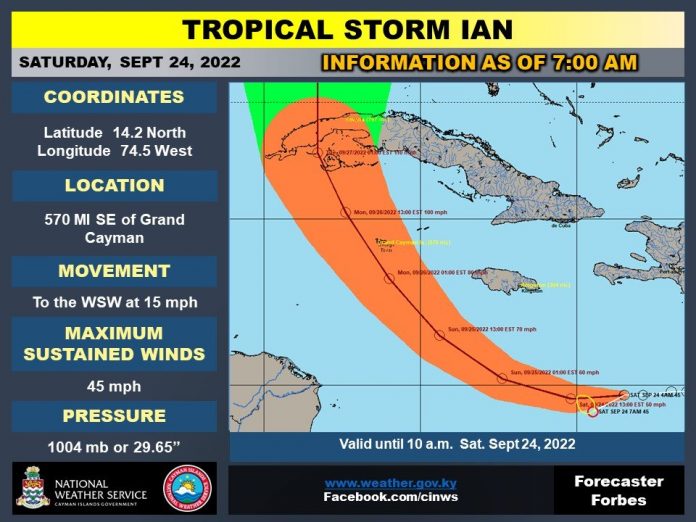 Tropical Storm Ian continued to strengthen overnight as it makes its way through the central Caribbean and towards the Cayman Islands.

The storm, as at 8am Saturday, was located about 570 miles south east of Grand Cayman.

In its 8am advisory, the US National Hurricane Center in Miami said Ian’s maximum sustained winds were near 45 miles per hour with higher gusts.

Tropical-storm-force winds extend outward up to 45 miles from the center.

The Cayman Islands National Weather Service, in its 7am advisory, said overcast skies with widespread thunderstorms are expected from Sunday, with tropical storm conditions late into the night as the system nears Cayman.

The storm, the 6th for the…