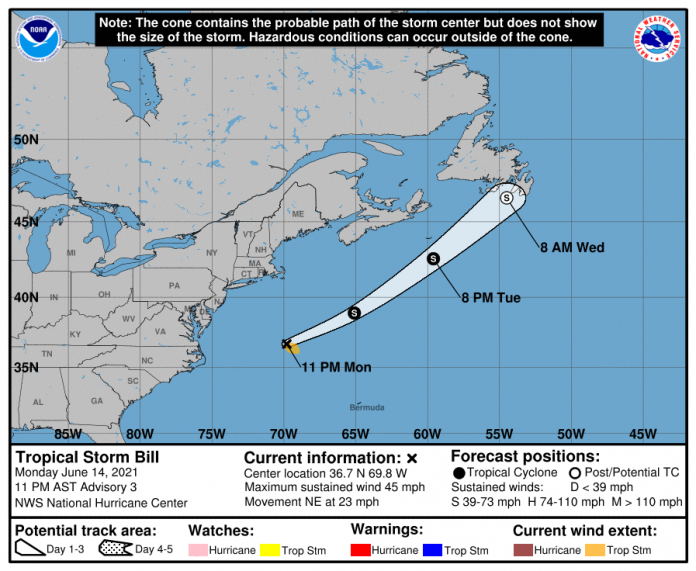 Tropical Storm Bill has formed far off the coast of North Carolina, making it the second named storm for the 2021 hurricane season.

The storm, one of three weather systems on the radar for the Atlantic, strengthened Monday night. However, the National Hurricane Center in Miami said it is likely to be short-lived.

The first named storm of the season was Ana, which dissipated quickly off Bermuda after it formed in mid-May.

Maximum sustained winds have been recorded at 45 mph (75 km/h).

At this time, there are no coastal watches or warnings in effect.

Bill is moving toward the northeast near 23 mph (37 km/h), and this general motion is expected through Wednesday with increasing forward speed, the NHC said in its Monday night advisory.