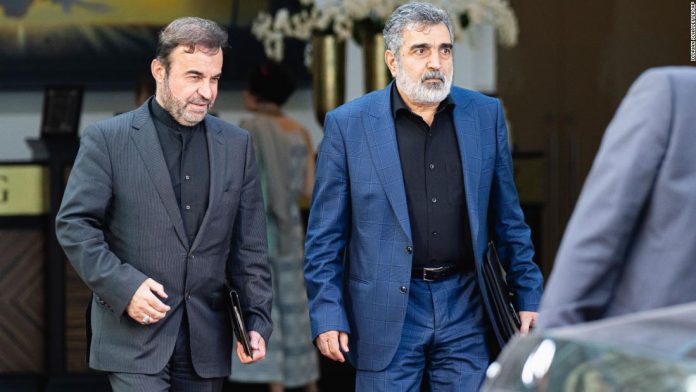 Marandi said that in order for Iran to sign up to the updated deal, the IAEA’s censure “has to be closed once and for all.”

Iran dismissed the IAEA motion as “politicized,” and responded by removing surveillance cameras at key sites in response — a move that deprived negotiators of up-to-date information on the country’s uranium enrichment program and appeared to doom the prospects of striking a deal.

So, when negotiators returned to Vienna last week, observers were surprised. Tehran’s guarded endorsement of the latest draft agreement has raised the possibility of an imminent return to the deal, despite the remaining hurdles. Even the country’s hardliners — staunchly opposed to the agreement since it was signed by then-President Hassan Rouhani government and the Obama administration in 2015 — have praised the draft as an improvement from its previous versions.

Yet Iran continues to drag its feet, as it has done since the Biden administration restarted talks to restore the…

France calls on firms to alleviate workers enlisted as firefighters to...