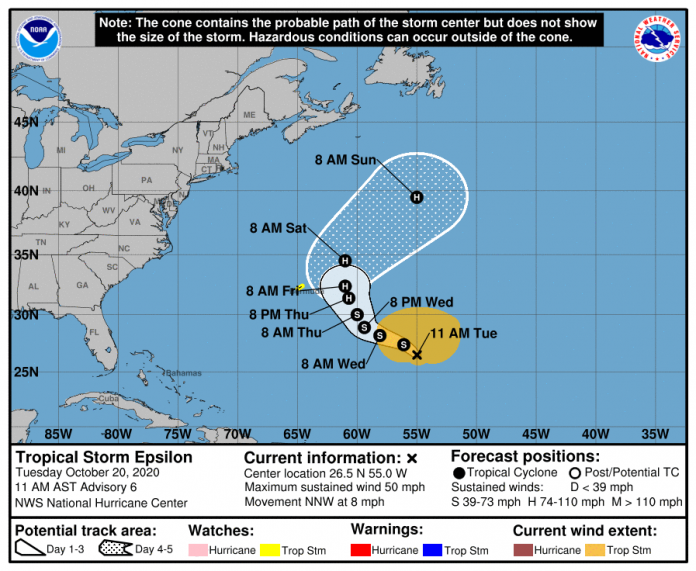 A tropical storm watch has been issued for Bermuda after Epsilon made a northwestward turn on Tuesday.

Tropical Storm Epsilon, which is 710 miles east-southeast of Bermuda, has maximum sustained winds of 50 miles per hour and is moving north-northwest at 8 mph.

The National Hurricane Center in Miami said the tropical storm watch issued by the Bermuda Weather Service means that tropical-storm conditions are possible within the watch area, generally within 48 hours.

“A northwestward motion with a slightly faster forward speed is forecast over the next couple of days. On the forecast track, Epsilon is forecast to move closer to Bermuda on Thursday and make its closest approach to the island on Friday,” the NHC said in its latest advisory.

The forecast is for gradual strengthening during the next couple of days, with Epsilon expected to…

Rapidly Growing Consumer and Goods Will Foster Expansion of the $5.8 billion Electric Wheelchair...