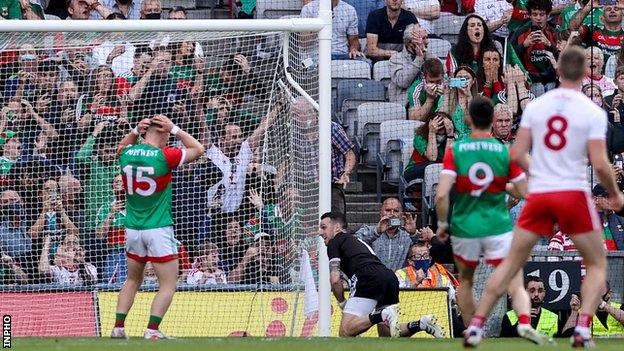 Ryan O’Donoghue’s penalty miss just after half-time was only one of four squandered Mayo goal chances.

In contrast, Tyrone clinically took their opportunities as McShane palmed home a long ball before Conor McKenna teed up Darren McCurry to net.

Substitute McShane’s goal came moments after his introduction and not long after O’Donoghue’s penalty miss – which had followed Tommy Conroy blazing wide another glorious three-pointer opportunity.

By the end, Mayo panic had long set in as poor decision-making and naive tactics only added to their misery of suffering an 11th All-Ireland defeat since their last triumph in 1951.