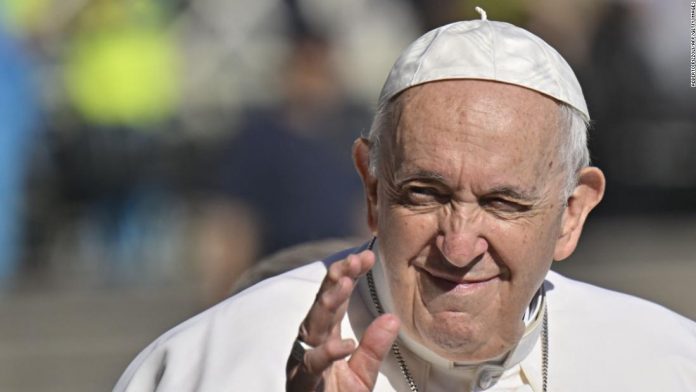 “What we are seeing is the brutality and ferocity with which this war is waged by the troops, generally mercenary, used by the Russians,” the pontiff reportedly said during a conversation with the directors of the Society of Jesus cultural publications on May 19, adding that the Russians “prefer to send Chechens, Syrians, mercenaries forward.”

“But the danger is that we only see this, which is monstrous, and we do not see the whole drama that is unfolding behind this war, which was perhaps in some way either provoked or not prevented. And I register an interest in testing and selling weapons. It is very sad, but basically this is what is at stake,” he said.

The Pope said he is not “in favor” of Russian President Vladimir Putin but “simply against reducing complexity to the distinction between good and bad, without thinking about roots and interests, which are very complex.”

“While we see the ferocity, the cruelty of the Russian troops, we must not forget the problems to try to solve…

Transferring goal on eviction ban is ‘whiplash’ for landlords

Unique: Russians have visited Iran at the very least twice in...