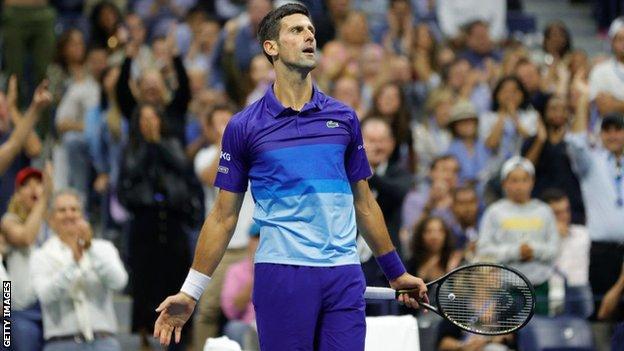 World number one Novak Djokovic won a gruelling five-setter against Alexander Zverev to set up a US Open final against Daniil Medvedev and keep his bid for a calendar Grand Slam on track.

Russian second seed Medvedev had earlier kept alive his hopes of a first major title with a 6-4 7-5 6-2 win over Canadian Felix Auger-Aliassime.

He now has the chance to win a record 21st men’s Grand Slam singles title.

Victory over Medvedev on Sunday at Flushing Meadows would move Djokovic clear of the 20 majors won by Roger Federer and Rafael Nadal.