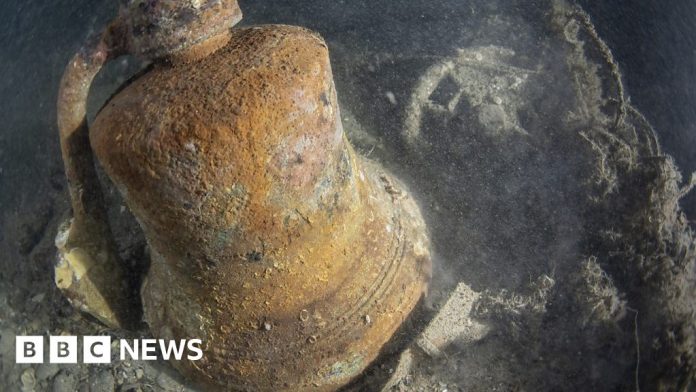 Mesmerising footage of the wreck of a US warship that sank during World War One has been released.

Divers have explored the remains of USS Jacob Jones for the first time, 105 years after it went down off the Cornish coast.

A total of 66 servicemen were lost after the vessel was torpedoed by a German submarine, on 6 December 1917.

Plymouth diver Dom Robinson, who was part of Team Darkstar, said the find was “every diver’s dream”.

The USS Jacob Jones, was found more than 100m under the water on 11 August with some of its features still intact.

The ship’s torpedo tubes, bell and boilers are clearly visible in the footage.

Mr Robinson said the team, which spent more than a year planning the trip, were in talks with the US embassy about what happens next.