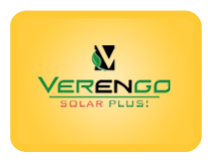 Verengo Solar Plus has hired a new Solar Consultant in its Princeton, NJ location. Jose Siandre, a West Milford local resident brings over ten years of experience to Verengo and the New Jersey community.

In the role of Solar Consultant Jose Siandre’s responsibilities will include interviewing and pre-qualifying prospective clients, educating the area’s homeowners on the choices they have with regards to their energy needs and assisting local Verengo customers with their home energy questions.

“Jose Siandre is an excellent addition to the Verengo team,” said Daniel Guest, East Coast Director. “Solar Consultants play a very critical role in servicing our customers and providing them with programs that help suit their energy needs.”

Prior to joining Verengo, Jose Siandre was a Business Development Manager at Glacial Energy in Lafayette, NJ, where he was responsible for offering business energy cost containment options that are available due to the utilities’ deregulation. Earlier in his career, Siandre was stationed in Virginia as a commissioned officer for the U.S. Coast Guard for four years. He was elected Secretary of the Rotary International Club in West Milford, and has received the Humanitarian Service Medal for his efforts during Hurricane Katrina.

Ranked as California’s number one residential solar company and number four in the United States, Verengo offers a wide variety of programs for homeowners including their little to no money down options for those that qualify.

Verengo Solar Plus is the leading residential solar integrator in Southern California offering comprehensive financial options and superior customer service consistently earning an A+ with the Better Business Bureau. Verengo has reduced carbon emissions through its solar systems, accomplishing the equivalent of planting 72,000 acres of trees, taking more than 28,800 cars off the road and saving homeowners $60 million in energy costs over the lifetime of Verengo’s installed systems to date. For more information, Contact: Mr. Siandre or visit http://www.verengosolar.com/sales/jose-siandre/