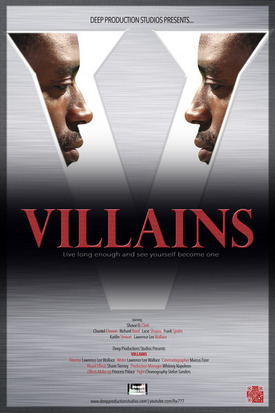 VILLAINS is an 8 episode Sci-Fi story set in a halfway house for people with various addictions, gambling, sex, drugs, ect. “Big Guy” is brought in as a John Doe; he is disoriented, does not remember who he is or where he comes from and is withdrawn and paranoid. Later he discovers skills he can’t explain, fighting and weapons skills and then ultimately a mysterious supernatural power. “BG” becomes closer to Ana, Jimmy and Phil the other patients at the halfway house and together they go on a journey to help him in finding out who he is and where his amazing and deadly powers come from, in return he protects them from different enemies This mystery produces and draws other supernatural beings to the halfway house making this an exciting, dramatic and sometimes funny experience.

VILLAINS airs every other Weds 10pm (CST) on www.youtube.com/llw777

The Joint Corp. to Host Conference Call on Thursday, May 6th to Discuss First Quarter 2021 Results

Study: Some FDA Seafood Standards Off by 10,000 Times