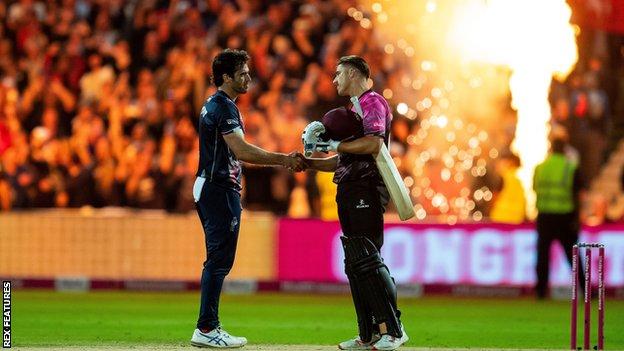 Kent Spitfires head coach Matt Walker has challenged his side to become the first to win back-to-back T20 Blast titles, with the 2022 competition starting on Wednesday.

Kent beat Somerset in last year’s showpiece at Edgbaston to lift the trophy for a second time, 14 years after their first.

This year marks the 20th season of T20 cricket in England after the tournament launched in 2003 as the Twenty20 Cup.

Walker wants it to be another special one for his team, who have struggled in four-day cricket so far this campaign.