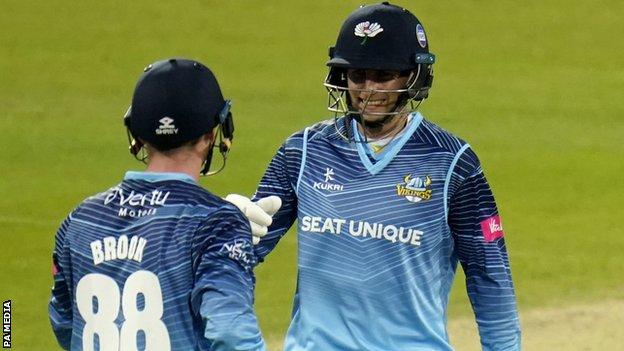 Harry Brook and Joe Root shared an unbroken stand of 87 as Yorkshire Vikings beat Worcestershire Rapids by seven wickets at Headingley on the opening night of this season’s T20 Blast.

The start of the 20th season of England’s domestic Twenty20 competition also included a rematch of last year’s final as trophy holders Kent Spitfires recovered to make 162-6 against Somerset, thanks to Jack Leaning’s 72 not out off 43 balls.

Root back as captain – temporarily

Root gave up the England Test captaincy last month, but was named Yorkshire skipper for the…