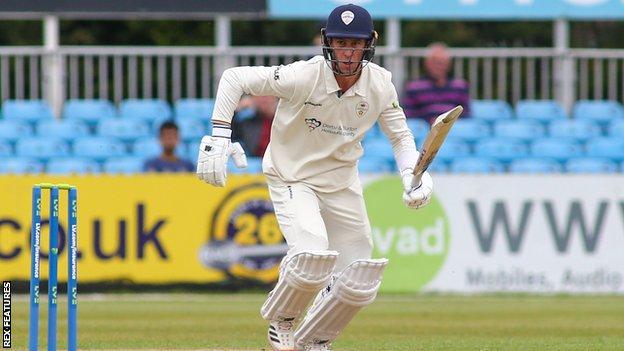 Batter Wayne Madsen has signed a one-year contract extension with Derbyshire until the end of the 2023 season.

Madsen, 38, is one of the club’s most prolific batters, having scored more than 18,000 runs in all formats since signing his first contract in 2009.

The new deal will take him into his 15th season with Derbyshire.

Right-handed batter Madsen captained the club for four years until 2016, during which time he led them to the Division Two title.

He is also the club’s all-time leading run-scorer in Twenty20 cricket with 3,010 runs.

Madsen has scored two centuries and four half-centuries in the opening six matches of Derbyshire’s County Championship campaign, where they have won once and drawn four times.

“When you talk about modern greats in county cricket, Wayne Madsen is one of the main names that comes to mind,” said Derbyshire head of cricket Mickey Arthur.

“The fact that he’s still…