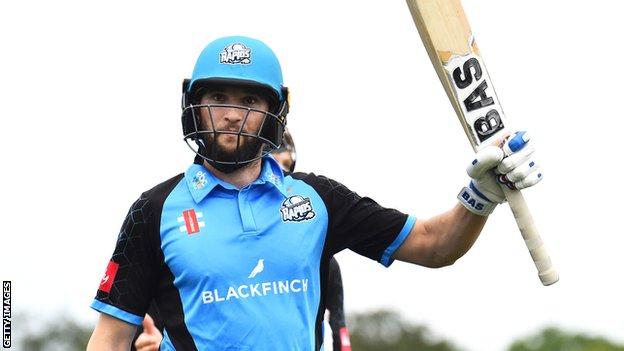 Northamptonshire have signed ex-South Africa all-rounder Wayne Parnell as an overseas player for the 2021 season.

The former Worcestershire player, 31, will be available in all formats.

Parnell has played six Tests, 65 one-dayers and 40 Twenty20 games for South Africa, but none since October 2017.

“He bowls left-arm with some good pace, he can bat, he’s bowled big pressure overs for Worcestershire in the T20s and made the finals there twice,” said Northants head coach David Ripley.

“So in white-ball cricket it’s a massive tick but he’s got the desire to play red-ball cricket too and that was the most important thing.”

Parnell will arrive in the country later this month and will be available for Northants’ County Championship opener against Kent on 8 April.

He will join Afghanistan’s Mohammad Nabi as the county’s two overseas players in the T20 Blast.