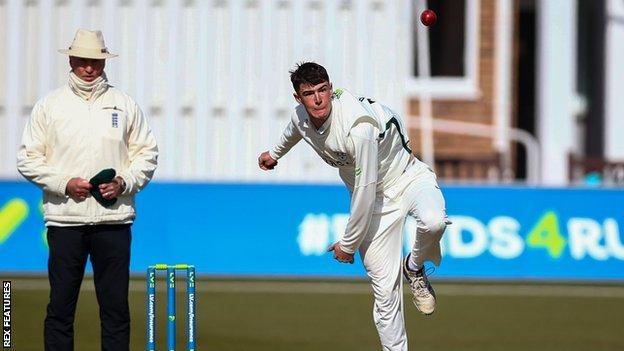 Worcestershire’s Josh Baker and Charlie Morris will both miss the rest of the season because of back and knee injuries respectively.

Slow left-arm spinner Baker, 19, has suffered a “stress reaction” to the lower back problem that has kept him out since the start of August.

Experienced seamer Morris, 30, has not played for a month due to a knee problem that now requires surgery.

Batter Kashif Ali will also be out for up to six weeks with a broken thumb.

Kashif, whose impressive form during the T20 Blast earned him a two-year contract, hit 114 on his List A debut against Kent but hurt his thumb in the field in Wednesday’s One-Day Cup defeat by Lancashire.

The loss of Baker and Morris, who are both contracted until the end of next summer, leaves the Pears’ thinning bowling options further depleted.

With no frontline slow bowler, the club will now rely on the part-time spin of Jake Libby, Taylor Cornall…