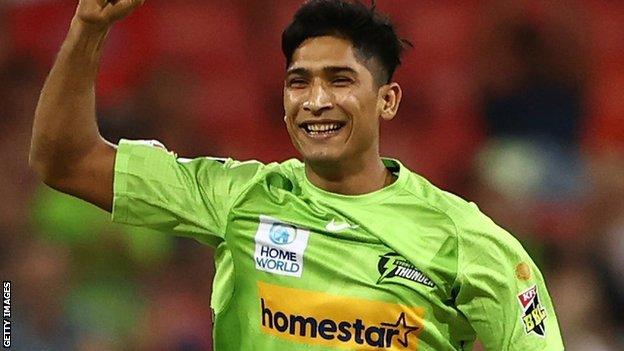 But he has now agreed to feature in Worcestershire’s two Championship games in July – and four more in September.

Hasnain is scheduled to make his Pears debut away to Middlesex on 11 July.

“We are going to have a real crack at the Championship,” said the county’s cricket steering group chairman Paul Pridgeon. “On fairly flat surfaces with Duke balls, he might just help to blast teams out.

“He is not available for the Glamorgan game but the last six Championship games from Middlesex onwards.”

Hasnain has only previously played six first-class matches, but he has represented Pakistan at both T20 and ODI level, having so played in a combined 26 internationals.

He will link up with fellow Pakistan…