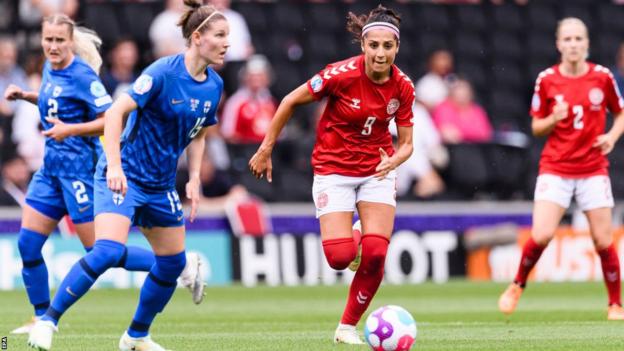 Denmark forward Nadia Nadim has said her mother died after being hit by a truck.

The former Manchester City player, 34, is one of ITV’s World Cup pundits and was on the panel for the 0-0 draw between Denmark and Tunisia on Tuesday.

At full-time, host Mark Pougatch said Nadim had left the broadcast, and on Wednesday she said her mother “was killed by a truck”.

“I have lost the most important person in my life and it happened so sudden and unexpected. She was only 57.

“She was a warrior who had fought for every inch of her life. She didn’t give me life once but twice, and everything I/we are is because of her.

Premarket shares: Do not be fooled by a robust GDP report

Spain: Extra little one migrants are arriving alone to the Canary...