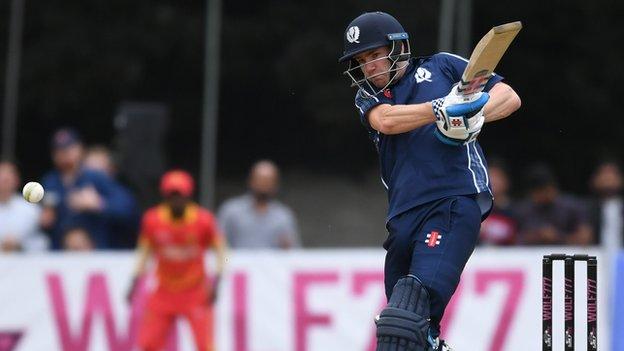 Led by Matthew Cross for the first time in his Aberdeen hometown with Richie Berrington injured, Scotland posted 262 all out from 48.5 overs.

Calum MacLeod scored 76 from 88 balls, including seven fours, while Michael Leask hit a fine 39 from 25.

The UAE were dismissed for 198 in reply, with Rohan Mustafa top-scoring with an unbeaten 65.

Having won the toss and decided to bat, Kyle Coetzer struck four boundaries from the first four balls to get Scotland off to a positive start.

He made 23 and Craig Wallace chipped in with 35 to set up the platform for MacLeod and Leask to shine.