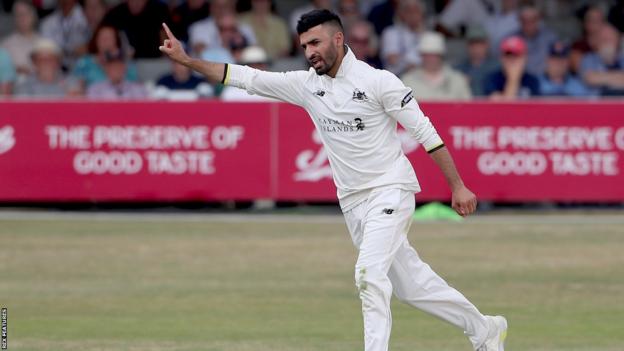 Gloucestershire bowler Zafar Gohar says he hopes the club reach their “real potential” next season, after signing a two-year deal to stay until 2024.

The Pakistan left-arm spinner was Gloucestershire’s leading wicket-taker last year, with 60 in all competitions.

However the club were relegated to Division Two at the end of this summer’s campaign.

“If you look around the team we’ve got one of the best talents in English cricket,” Gohar told BBC Radio Bristol.

“Hopefully we’ll work and perform [to] our real potential next season and we will get some results.”

Gohar has played for Gloucestershire in short-term spells since 2021 and has been one of the team’s brightest performers.

He took 47 wickets in the County Championship last season – to put him in the top eight of the division – including nine during the side’s end-of-season win over Yorkshire.

“The last two years I’ve been loving living and…